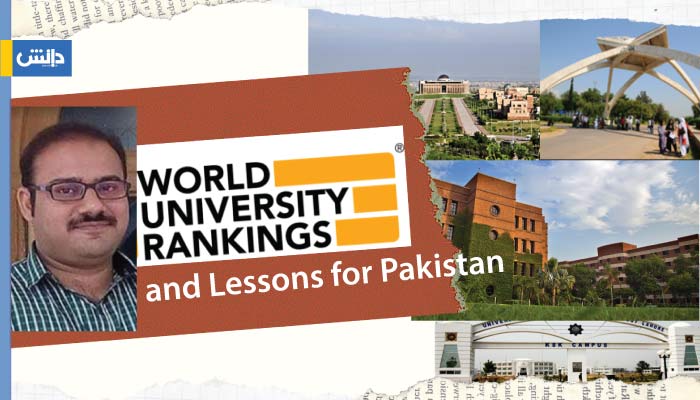 Global world has transformed different sectors and education has become a vital dynamic to earn prestige for nations. Third industrial revolution commenced in 1920s with rapid technological inventions but interesting fact is centre for the revolution moved from Europe and embedded itself in US. Movement of that competitive change crossed Atlantic and US nurtured it to dominate the world of technology and economy. Economic depression of 1920s compelled the northern states to protect SMEs after devastating economic impact that perished large scale manufacturing in the region. Six northern states of US established a platform in 1925, Council of New England that promoted University and industrial cooperation. Higher educational institute integrated with industry and the region called as Rout 128 becomes hub for technological advancement. Two universities earned fame for their inventions in the field of economy and technology, Harvard and Massachusetts Institute of Technology(MIT). Stanford University that was not in an industrialized zone, initiated a new trend in post second world war era. Fredrick Turner an engineering professor and entrepreneur established an industrial park within premises of university to collaborate with industry. Soon Dr Shockley, founder of silicon transistors joined the University and it became a hub for electronic and IT industry. The region around the institution formed a bubble of economic activities, now called as Silicon Valley. US government passed Bay-Dole Act in 1980 to favour university for intellectual property rights and European states followed the pattern. Impact of higher education enhanced enormously because R&D balance shifted from government to university and industrial linkages. Triple Helix Model(THM) is the concept which is promoting the phenomenon in a conceptual way and it seems that fourth industrial revolution(4.0) will prevail under the umbrella of the concept. i

World university ranking is becoming an interesting factor to protect, project and promoting image of a state. On the other hand, it directly reflects itself in socio-economic development of a country. There are many ranking systems prevailing now but two institutions are most reliable, Times Higher Education and QS ranking system. There are many things that may influence the ranking criteria but we should have a brief view of methodology of two systems which has similarities too that is why universities have common rankings on both scales. Times Higher Education Supplement(THES) was a British magazine associated with “The Times”. In 2008, it established itself as a separate magazine, Times Higher Education(THE) enjoying most reliable reputation to rank world universities. QS(Quacquarelli Symonds) ranking was in partnership with THE from 2004 to 2008 and was utilizing data generated by latter. In 2009, there was parting of ways because of differences on the bases of methodology. Let us briefly analyse methodology of both before a discussion on ranking of 2022. THE has devised four parameters which are further divided into different dimensions. Teaching has 30% weightage divided into reputation survey(15%), student teacher ratio(4.5%), doctorate to bachelor ratio(2.25%), doctorate awarded to faculty(6%) and institutional income(2.25%). Second parameter is research carrying 30% score is subdivided into reputation survey(15%), research income(6%) and research productivity(6%). Third and most influential factor is research having 30% space that measures research influence especially in the form of citations. Fourth factor international outlook covers 7.5% weightage further dispersed into international faculty(2.5%), international students(2.5%) and international collaboration(2.5%). Last factor is industrial income having 2.5% share but it is most effective one which will be discussed in the end. QS is British company founded by Nunzio Quacquarelli in 1990 which provides educational solutions and started issuing it’s world university ranking in 2004 with collaboration of THE but after differences on methodology it developed it’s own separate ranking. It has five parameters, academic perception(40%), employer reputation(10%), faculty to student ratio(20%), citations received during last five years(20%) and international student and environment (international faculty & students, 10%). Like THE it conducts it’s own survey now and last time academic survey was based on 130000 academic persons with 75000 responses from employers. Comparative analyses of both the systems reveal that ranking parameters are almost same but QS system has employer weightage(10%) while THE has added industrial income(2.5%) along with research income(6%) and research productivity(6%). Perception matters in both the systems so influence can be made better by presenting university performance in effective way. QS is focussing on job perception and THE is considering industrial impacts. So, THE can be rated above to some extent because university industry collaboration is driving force for entrepreneurship culture and industrial development. The other reason is QS ranking was also relying on its data in past. i

THE consultancy group issued it’s report on university industry collaboration in 2020 with astonishing facts. Industrial income is emerging as most influential dimension for university ranking and its impacts on society. Top 200 universities at that time had an average income of US $36,000 per staff member coming from industry. Key to success was nexus with industry in the form of consultancy which is engendering entrepreneurship culture at campuses and financial autonomy for universities. For example Stanford university has more than 1 billion dollar research budget. When we analyse THE ranking for 2022, US is dominating like always and top eight universities out of ten belong to it. If we analyse top 200 universities then US has 57, UK 28, Germany 22, Australia 12, Netherlands 10 and most surprising mainland China also has 10 universities in list. China has impressive performance with two universities, Tsinghua and Peeking on 16th position. Important factor is, industrial income of Tsinghua university got 100% score and Peeking university has more than 93%. Now we have to specify our target, implication for Pakistan. THE ranking for Asian universities 2022 has made it clear that south east Asian region in general and China specifically getting lead. If we analyse THE ranking of Asian top 100 universities then China has 30, South Korea 11, Japan 8, Taiwan 6, Hong Kong 5 and Singapore has 2 universities in the list. Hong Kong has high scores because of international students but China and South Korea are not only overcoming Japan but also proving that they will dominate in future because of their relationship with industries. Most astonishing thing is about Muslim countries, Saudi Arabia has 6, Iran 6 and Palestine has 1 university among top 100s in Asia. Disappointment for Pakistan is it has only 6 universities that are in range of 100-200. Critical analyses of Asian ranking reveals that China, Iran and Saudi Arabia are countries where governments are ruling with an iron fist so don’t encourage research on social sciences that may challenge political systems. Science and technology are their focus and they are getting fruitful results now. Pakistan has approximately 198 universities but their presence in ranking system is limited. i

In the end, we will discuss lessons for Pakistan to improve higher education system. Futuristic approach needs to connect universities with industry and knowledge transfer should be facilitated by improving departments like ORIC(Office for Research, Innovation and Commercialization) at universities. Result-oriented environment in the campuses need inclusion of professionals in university staff. China has done it successfully in the past and introduced “1+x” model in 2018 to transform it’s universities into applied institutions. That model will award professional certifications along with degrees that are demanding in employee market. Professional from different sectors of industries were invited to join faculties. Chinese government has a clarity that it’s model will grab enrolments for international students. Definitely it will improve it’s ranking and image. Second lesson for Pakistan is to make research factor means citation more visible to improve ranking. Three Chinese universities Capital Medical University, Wenzhou Medical University and Wuhan University have highest scores for citation. Interesting facts are all three universities belong to China, predominately worked on Covid-19 related researches and were in collaboration with foreign universities. It is evident, citations related to current issue enthral researchers. In Pakistan, guidelines and suggestions for faculties to relate the research activities with current problems should be provided to get high citation scores. If collaboration with foreign especially south east Asian universities is easier then it should be encouraged because co-authored publications are receiving more citations. Third lesson is a technique to integrate different department to constitute a synchronized institution that has more chances to get high scores. Institute of Polytechnic Paris that was established recently by integrating five existing engineering colleges of a university is a success story. It got 91 position in THE ranking of 2022 and 49th on QS system and reason was integration of Reputation of these already existing colleges. Reputation and perception of university is very influential that need better representation in media, conferences and events. Proper projection of university activities should be designed by media professionals for soft imaging of campuses. Quality Enhancement Cells (QECs) and Academic Councils at universities should improve curriculum with inclusion of relevant research works and further suggestions from market professionals are encouraging. In the nutshell, we may conclude that universities are game changers for socio-economic and technological development of nations and results are dependent on their collaboration with industry. Ranking further measures the direction and targets accordingly. Pakistan needs change of environment from an exam-based system to research-oriented system by encouraging knowledge transfer for industry. Reformation in administrative systems at universities to deal effective tools for improvement in ranking will project competitive faces of higher education institutions. i