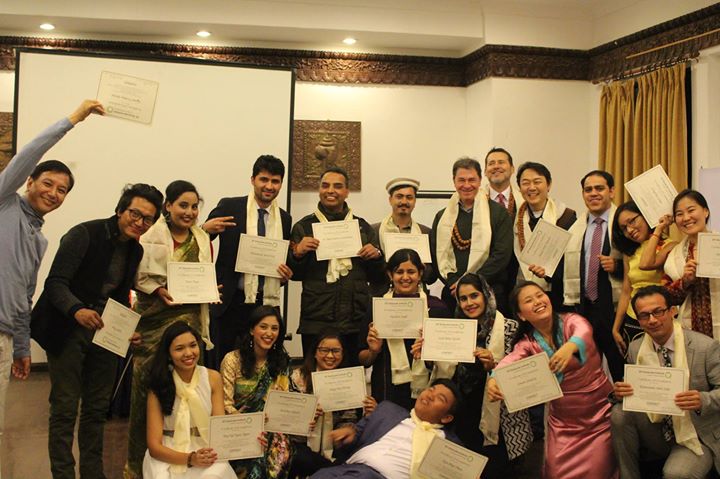 Some selected interesting comments and questions by friends:

མུཧམྨད ར་ཟ་ གྷ་ལིབ། A person from Baltistan who is very active in struggling for the revival of the  Tibetan Agay script  and also writes his name in Tibetan script) says: “ Balti is pure and classical form of Tibetan ….. Tibetans don’t speak suffix and prefix …. But we speak what we write ….. Written Tibetan is 100 % understandable for Baltis …… For example, for one, spelling is chik …. K is suffix so Tibetan write chik for one but pronounce chi …. For two spelling is ngis… S is suffix Tibetan pronounce ngi …. That is the difference in speaking …. 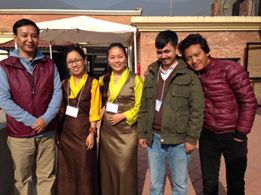 Mubashir Essa: Good attempt you made to bridge the gap b/w Balti communities.

Muhammad Ismail Balti: Nouns are almost same in all Tibetan dialects, however, verbs, connecting verbs etc. and sentence structure are different which are basic hurdles in mutual communication

Nathan Gyatso a Tibetan scholar says “In Amdo, we still use the old form of Tibetan language. In Lhasa, Tibetan language has been reformed for several times because it is the central place. Amdo is far away from Lhasa, so it did not influence fully.”

Nathan Gyatso says to me:  Great. You speak authentic Amdo Tibetan accent which is different from Lhasa accent. Amdo is geographically located at Eastern Tibet. HH the great 14th Dalai Lama was also born in #Amdo region of Tibet. The Capital city or the Palace of Tibet is in Lhasa which is considered the central Tibet. I am from Amdo, so I can catch it instantly. The Tibetan guy you are talking to is probably not from Amdo, so it seems that he is a bit slow to follow you.”

Yangchen Lhamo shared here views “There are diverse dialects. But what I used in our short conversation are the very basic and common of all dialects”.

Alim Rehmani a scholar from Baltistan writes in Urdu:

Meer Rgyal Naqda a scholar and activist for the revival of Tibetan script of Balti writes in Urdu:

Meer Rgyal Naqda:  God bless you Dr. Sab …. Keep it up ….. We need such dialogue between all Tibetan origin people around the globe. After all we are living in global village. So we can do a lot of things in this regard.

Tenzin Wood:  It’s awesome that even some of our Youth Forgets our Tibetan language but Baltistan still speak similar language which could me huge impact on our preservation of Tibetan language. Keep it up 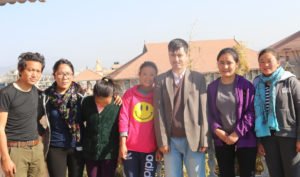 Baltistan has lost the Tibetan script after the conversion of the people from Buddhism towards Islam during 13th and 14th AD centuries.   The preachers were mainly from Arab or Persia and all the literature of Islam was either in Arabic or Persian. After conversion, the Balti people adopted Persian script to read and write the spoken Tibetan. Baltistan (Baltiyul) has been part of the greater Tibet in the history.  But due to the lack of road and communication infrastructure, negligence in taking educational measure to preserve the civilization heritage, religious conversion and division, and political boundaries set in modern nation states not only divided but also caused of huge gape in the Tibetan communities of same origin living mainly in different parts of Himalayan range.

Both Tibetan and Baltistan have a vast area with little population Himalayan range. Baltistan is the Northeast region of Pakistan that is run under the Gilgit Baltistan administration. Since last seven decades, this area is neither given the constitutional provincial status nor the status of autonomous status as the Pakistani-administered Kashmir has.  Somehow same story is with Tibet that was invaded by China in 1952 by toppling the Tibetan government. So, since then, the Tibetan Administration under the leadership of HH Dalai Lama 14th is operating from Lhasa India that is also called Tibetan Government in Exile. So, the Tibetans are living in Tibet, India, Bhutan, Nepal, Pakistan as residents and refugees in many countries around the world.

The video clips between me from Baltiyul or Baltistan and Tibetan friends from Tibet and Nepal caused a beginning of brainstorming for many people who are interested in bridging the broken Tibetan communities. It also provided inspiration to the efforts of those people who are struggling for the revival of th 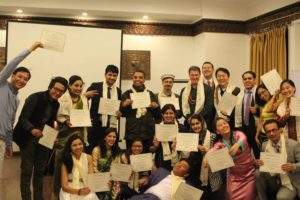 The response on the shared conversation and the excitement from both sides raises the hopes that the broken Tibetan communities and Himalayan people will rebuild their relationships, share their views and common cultural heritage and open the doors for more research, exchange opportunities and interact thought the well convened social media.  I invite people to share their experiences and expertise in reviving the shared culture of same origin and race of Tibetan communities living around the world specially in Tibet, Nepal, India, Pakistan and Bhutan. Different dialects of Tibetan language is spoken in Balti, Ladakhi, Nepal, Sikkim, Bhutan, Dzongkha, Sherpa, Khams Tibetan, Qinghai, Chamdo, Sichuan, Yunnan, Amdo Tibetan, Gansu, East Bodish, Tibeto-Kanauri , Uyghur, and Lhasa.  There are many websites that have course. Games and language learning programs and resources to help people learn Tibetan language. Click here for one of the rich websites. www.tibetanlanguage.org

The great hospitality, respect, love and friendship from Tibetan friends are unforgeable for me. I am very grateful to all of them but especially Mr. Ngima Sharpa, Mr. Gyalpo Dolpo. Ms. Lhanzay Sonum, Ms. Lhamo Yangsto and the Dolpo students and at the all of those who appreciated this shared exposure.

Mr. Muhammad Hussain belongs to Balti Yul (or Baltistan) of northeastern Himalayan region of Pakistan. He is a peace curriculum expert, peacebuilding educator, interfaith trainer, Islamic scholar, blogger and human rights activist. He has been working with different International and Pakistani organizations since a last decade on different peace-building projects and educational enhancement programs in Pakistan and abroad. He can be reached on Facebook at https://www.facebook.com/mhussain514
Up Next

Review “The mirror cracked form side to side”